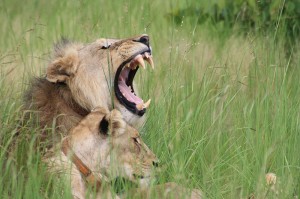 On the 26th of August 2011, Lion Encounter in partnership with ALERT released a pride of six female lions into a stage two release site in the Dambwa Forest release site in Zambia, and then on the 11th December 2011 Zulu, a male lion joined the pride.

This release site is the second stage in our 4 stage rehabilitation program, where a carefully selected pride of lions and lionesses, are released into a fenced and managed eco-system. In this site there are various game species that the pride can hunt and feed from. In addition, they are provided with scavenge feeds to encourage this natural foraging behavior also.

These lions will have no human contact, but are monitored closely by a research team from a vehicle.

These lions once walked at Lion Encounter (stage one), which is how they have been prepared for this stage. By giving them the opportunities whilst on walks to learn and explore their natural environment, as well as practice hunting, we know we have done everything we can to ensure they’re given all chances possible to be well prepared for life in the release pride.

This is the program’s 2nd released pride, the other being approximately 700km from Vic Falls and Livingstone in the heart of Zimbabwe. For information please see ALERT NGAMO BLOG. 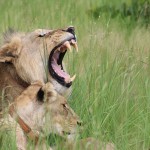 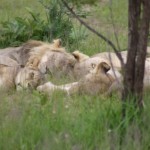 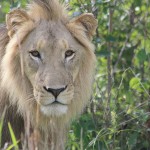